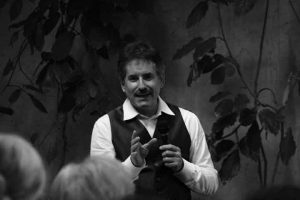 [toggle title_open=”Andrew Cohen zweite Entschuldigung” title_closed=”Andrew Cohen zweite Entschuldigung” hide=”yes” border=”no” style=”white” excerpt_length=”0″ read_more_text=”Read More” read_less_text=”Read Less” include_excerpt_html=”no”]Dear Ones,
It has been almost 2 years since the structures of our shared Utopian experiment collapsed so violently and so completely. It’s also been almost that long that I have dropped out of sight. As most of you already know, I was asked to step down, which I reluctantly agreed to. Ever since that moment, I have wanted to find out what happened. I have understandably been desperate to find out why this has all occurred. Why did this terrible destruction have to happen?

Tags: Andrew Cohen EnlightenNext How I created a cult